Please pray for the victims of the KyoAni arson attack. KyoAni stands for Kyoto Animation and the studio is known for its fairer treatment to its employees in the animation industry by giving them set salaries. The attacker was not a worker of KyoAni. 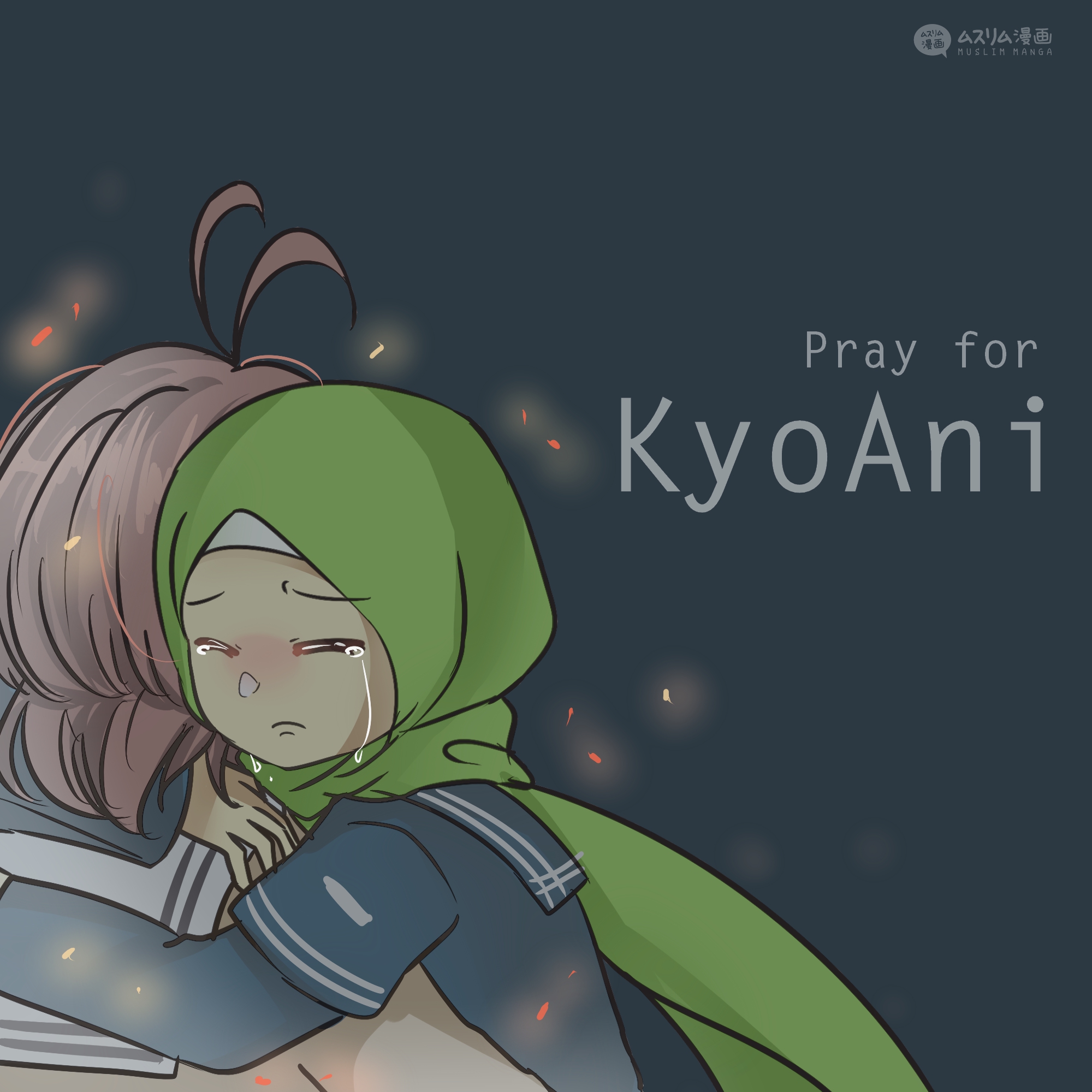 “WaSalam” are in parts “Wa” and “Salam”, which mean peace in Japanese and Arabic respectively. Additionally, it is the respond to “Salam” as a greeting in Arabic.

This is a Comic series, that can be relatable and/or silly. Aya, Sura and the gang share their funnier moments with puns, jokes, and goofy faces. In addition to that, they also share important messages with their friends and you. One of them is “Pray for KyoAni”.

So please feel free to see more Art and you may read this Comic series also on WebToon, if you like.

Insha’Allah, by reaching the goal of 100 Patrons we no longer would have to worry about Muslim Manga vanishing. Then we can relax and focus on making more Manga. Instead of finding money to pay for hosting and other website related things. Of course, you will also receive cool rewards / gifts for the precious contributions.