In the previous episodes of Muslim Manga Club

Muslim Manga Club “The Summary”. As the title says, let us do the summary of Aya’s and Sura’s story from up until now. So far it has been quite a lot going on for a mere high school! 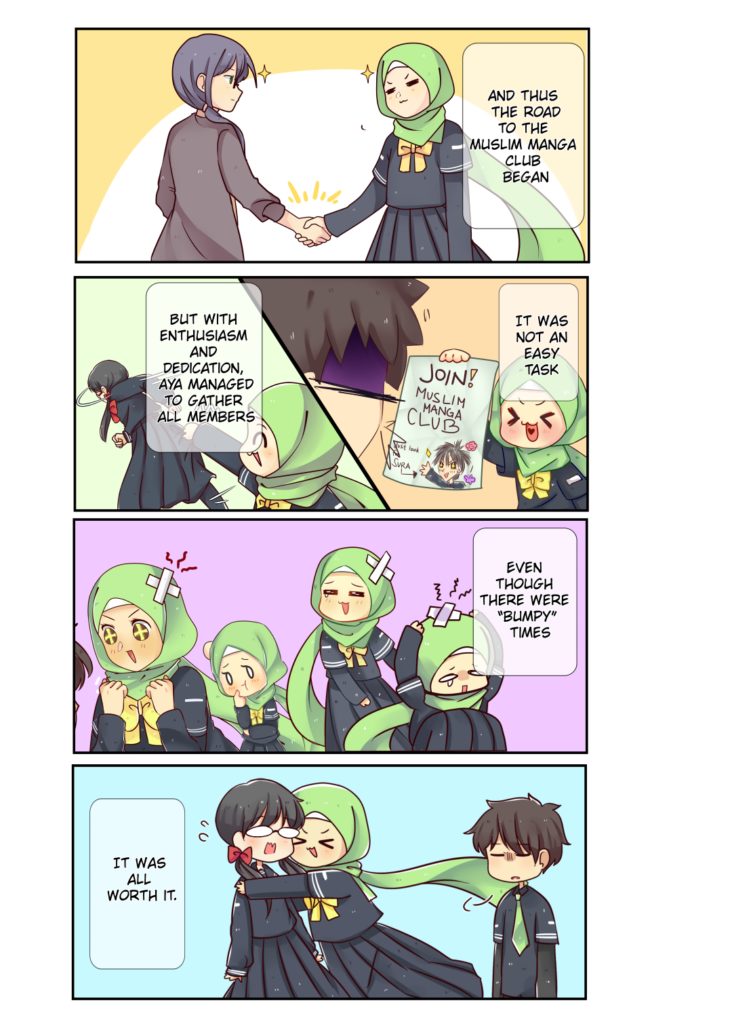