Muslim Manga Club “Still Alone”.  Nao has made her first appearance! It’s lunch break, so she has eaten a delicious Obento, but she seems a bit lonely… 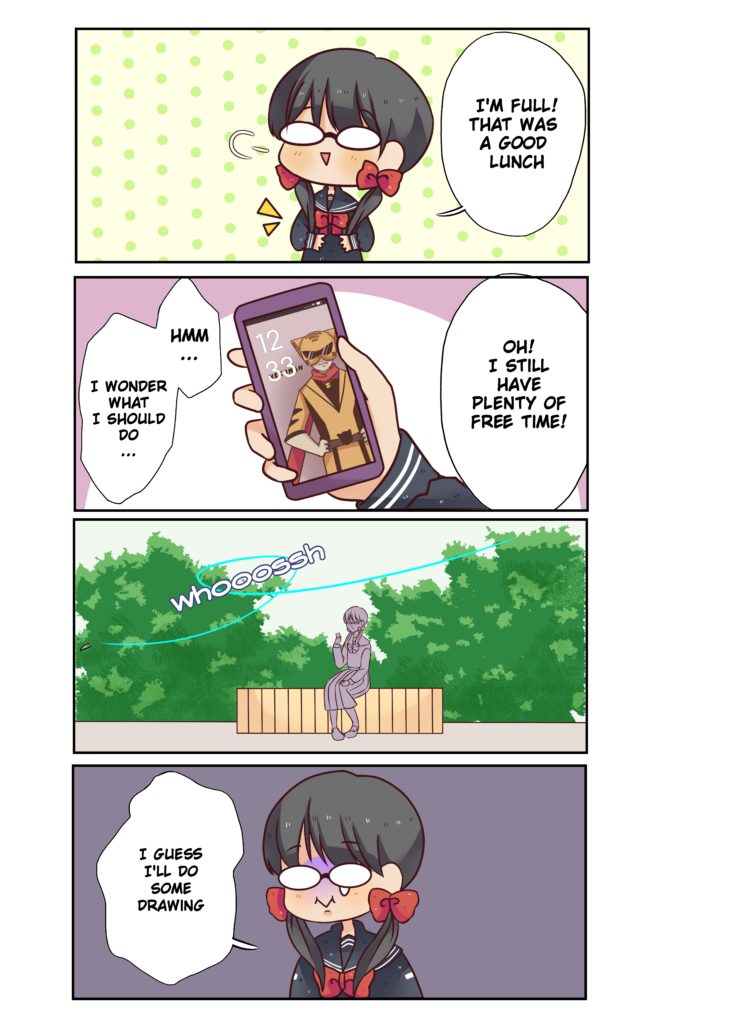