Muslim Manga Club “Muslim Manga Club Q & A”. Time for a commercial break! Finally, Muslim Manga has a time to relax and enjoy answering some questions sent by their audience for this series. I wonder what kind of questions they’ve picked. Did they pick any of my questions that
I sent to them?! OWO I wonder if they did! I am really their biggest fan!! =3=; Let’s not hope too much, I don’t want to feel disappointed if they didn’t! Anyways, let’s not waste more of your time, so you can enjoy reading the comic instead of all that extra text that I created as a way to communicate with you guys, when nobody’s looking… enjoy ;3 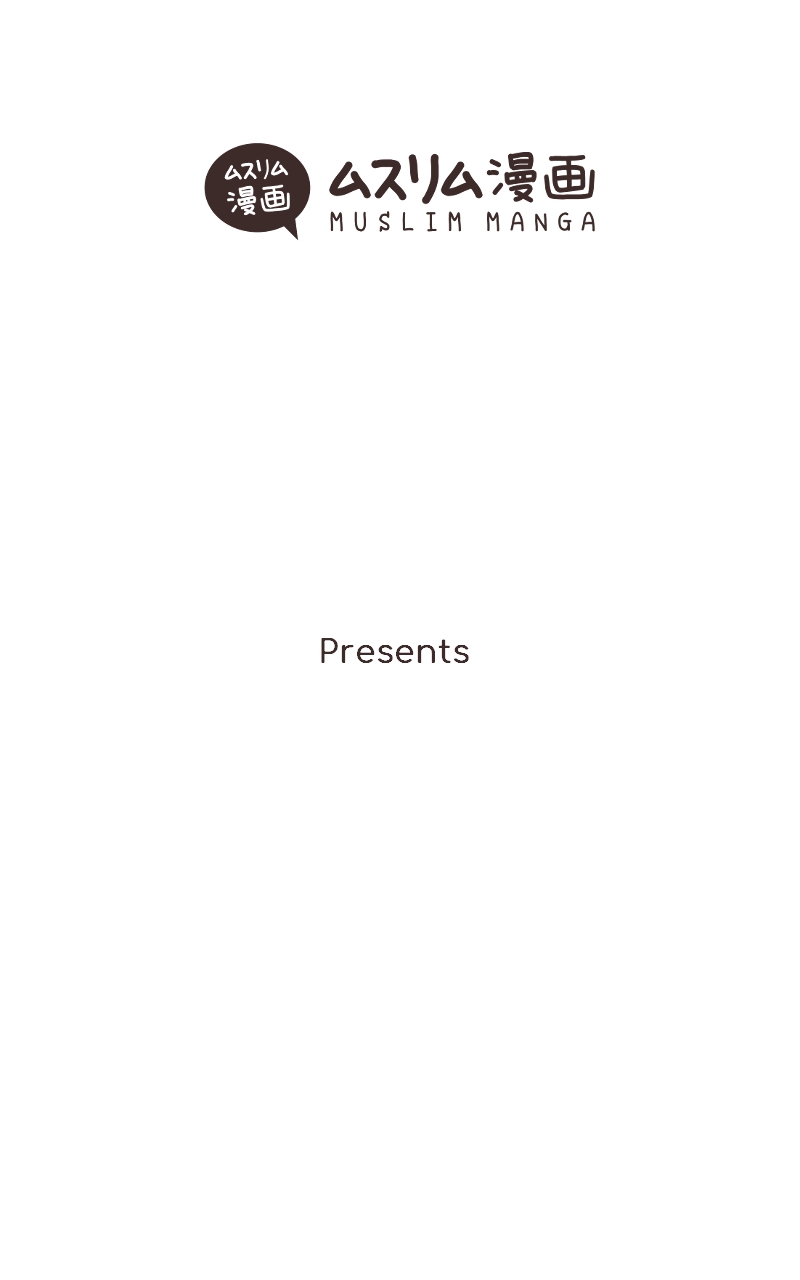 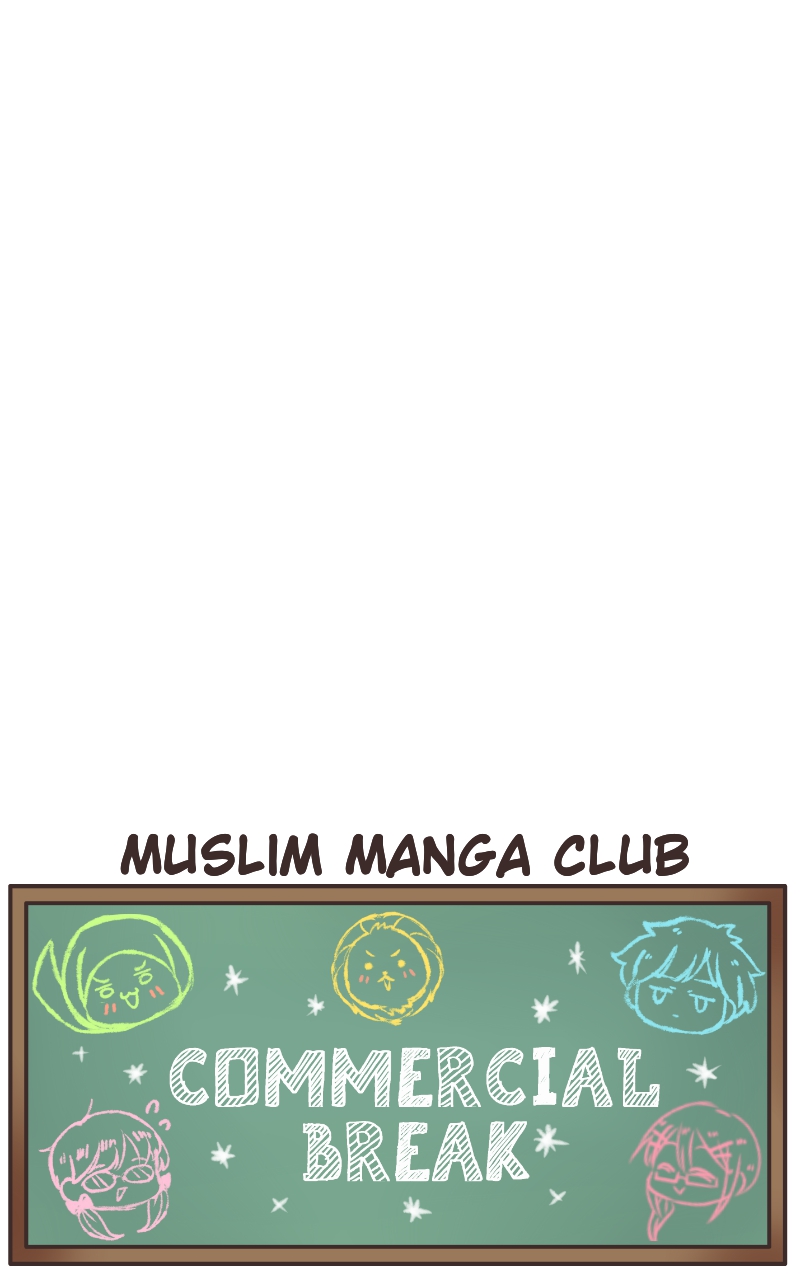 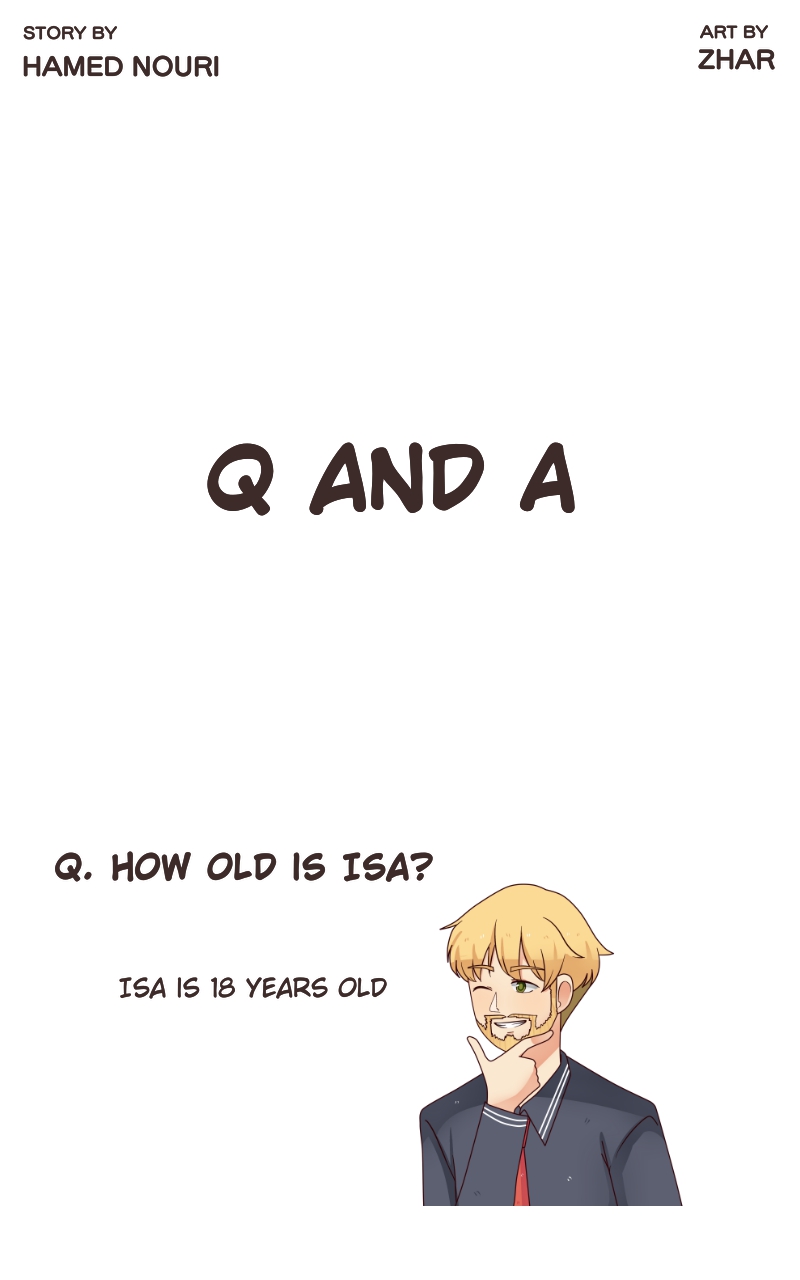 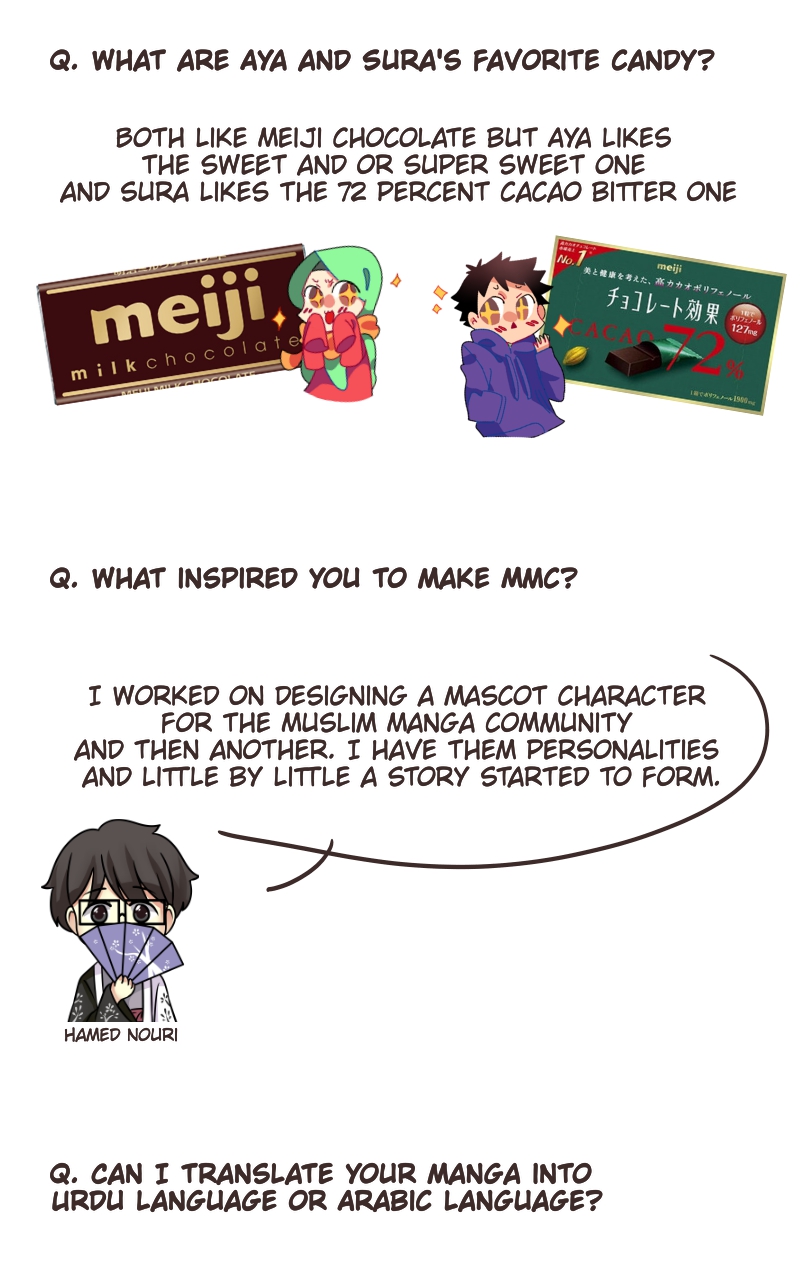 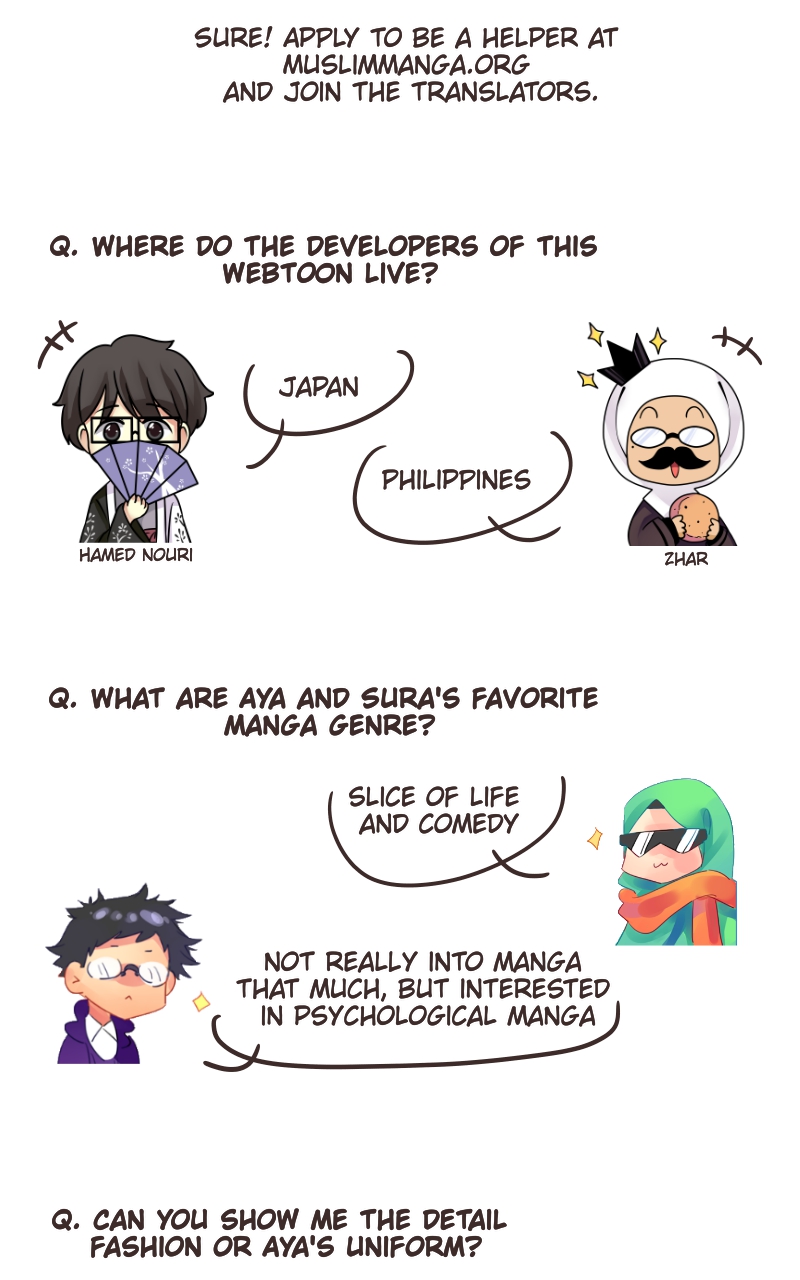 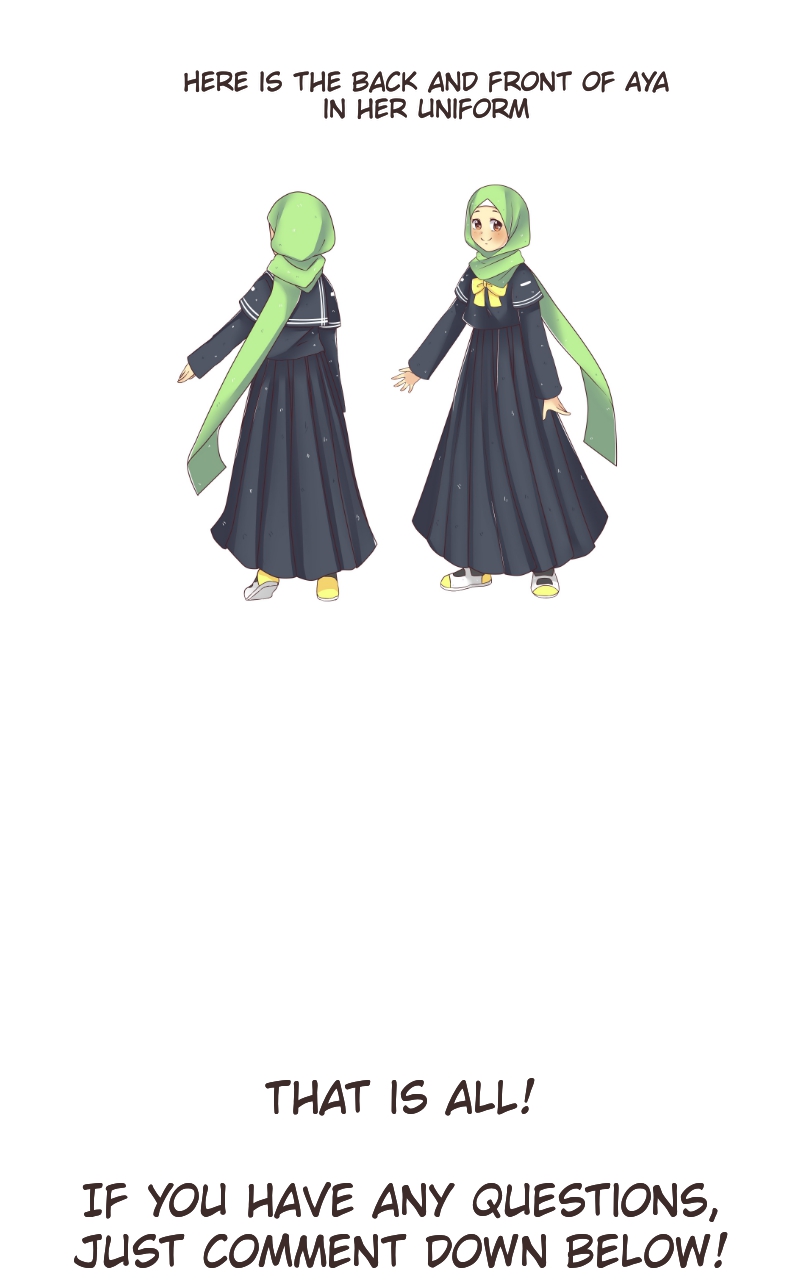