Poji’s has a Nakama, I wonder who is he?! where does he come from?! does he have children?!  will he appear on muslim manga club?! why does he look mysterious is he some sort of a new character?! is he japanese? why does he have a ponytail hair? why is the place so vivid why there an autumn leaves? SO MANY QUESTIONS BUT I MUST KNOW EVERYTHING ABOUT THIS NEW GUY!!! OWWWO 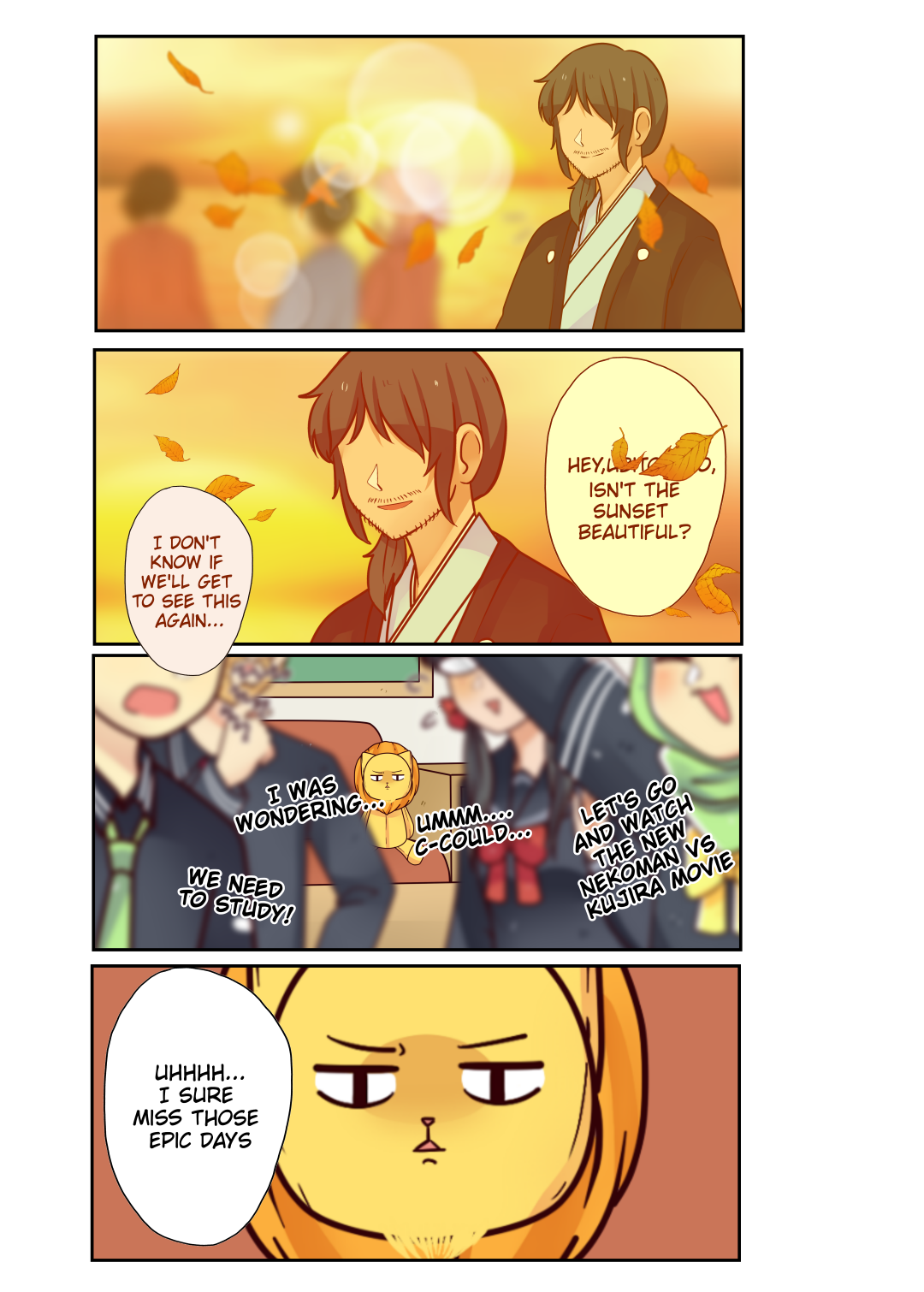