Do you also think rain is fun? ? This Rain Poem is a Haiku written by @zhar_nee in Nur.city
Meet her and everyone else at Muslim Manga’s discord server! Just visit 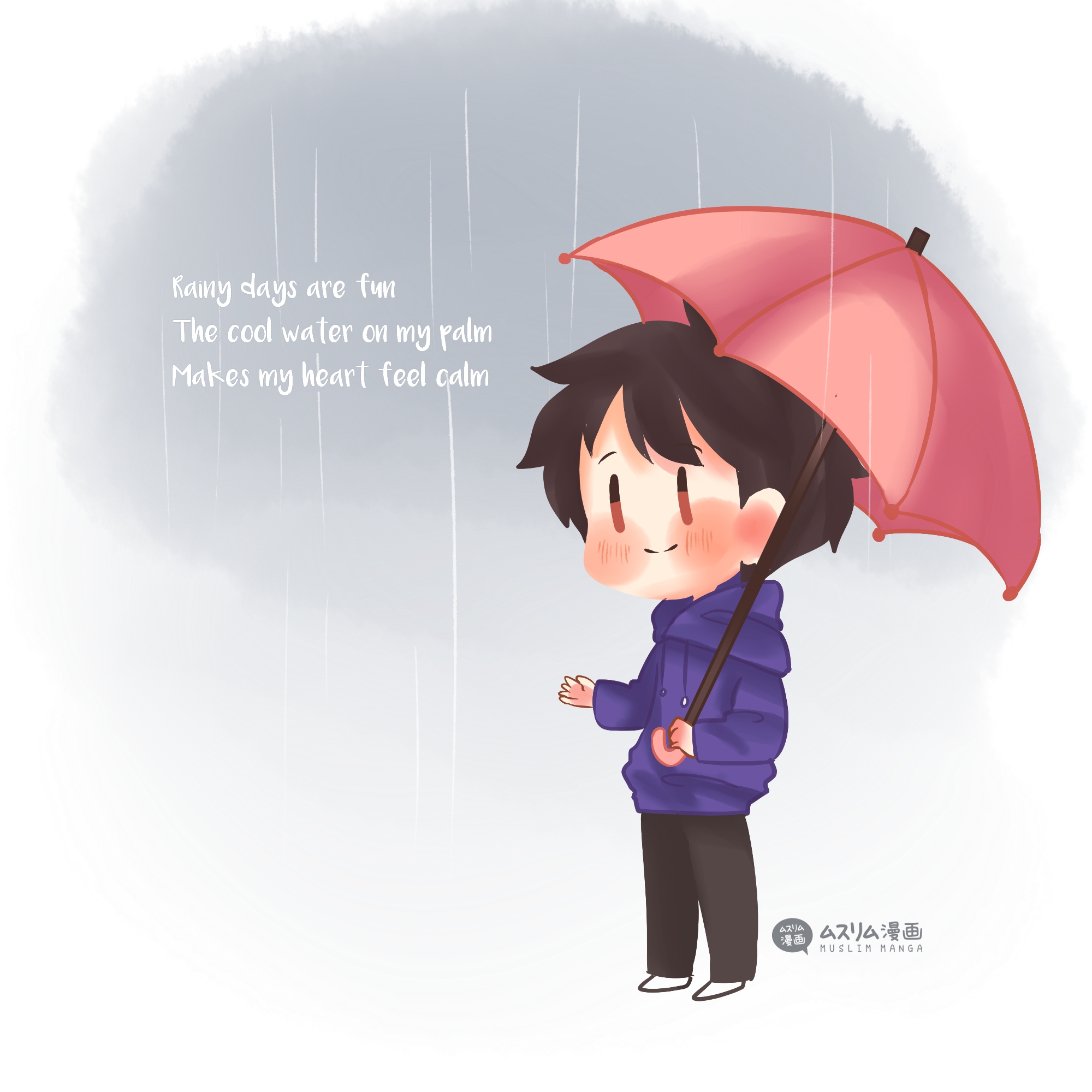 WaSalam is a Comic series, that can be relatable and/or silly. Aya, Sura and the gang share their funnier moments with puns, jokes, and goofy faces. In addition to that, they also share important messages with their friends and you. Like “Rain Poem”. “WaSalam” is a pun using “Wa” and “Salam” which mean peace in Japanese and Arabic respectively. Additionally, it is the respond to “Salam” as a greeting in Arabic.