Fanart Aya from Muslim Manga and Yotsuba from the Anime and Manga “Yotsuba&!” hanging out together 😀 These two seem somewhat similar, wouldn’t you say? 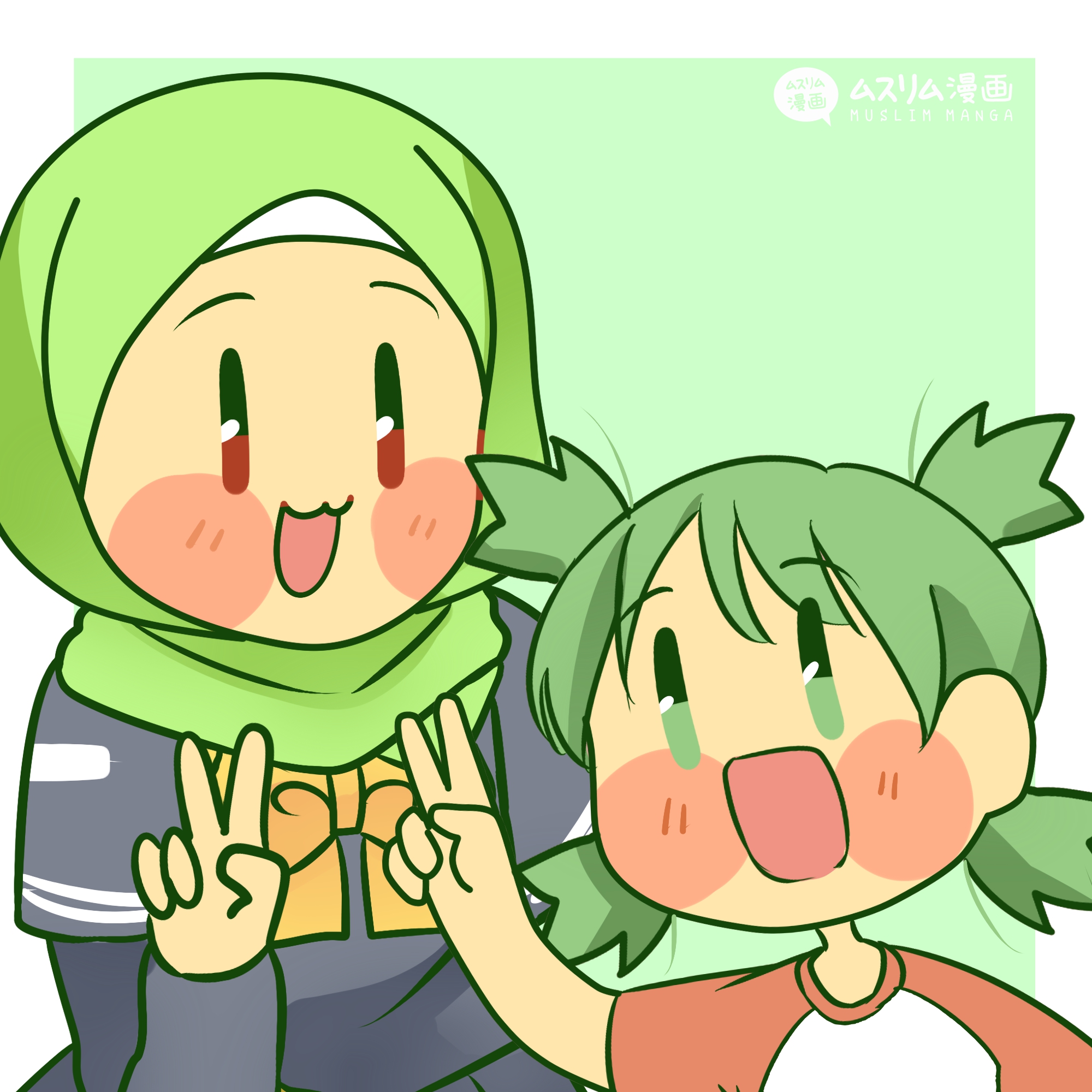 The series has multiple segments which include Fanarts like “Fanart Aya and Yotsuba” or other characters and personalities, as well as comics with various messages. Sometimes they talk to you, our readers, and have q and a sessions.