A beautiful, sweet Reminder by Aya: Keep smiling despite the hurting 😀

Do you like this? Then please support us by becoming our patreon supporter and have early access to the latest comics, WIP videos and much more! 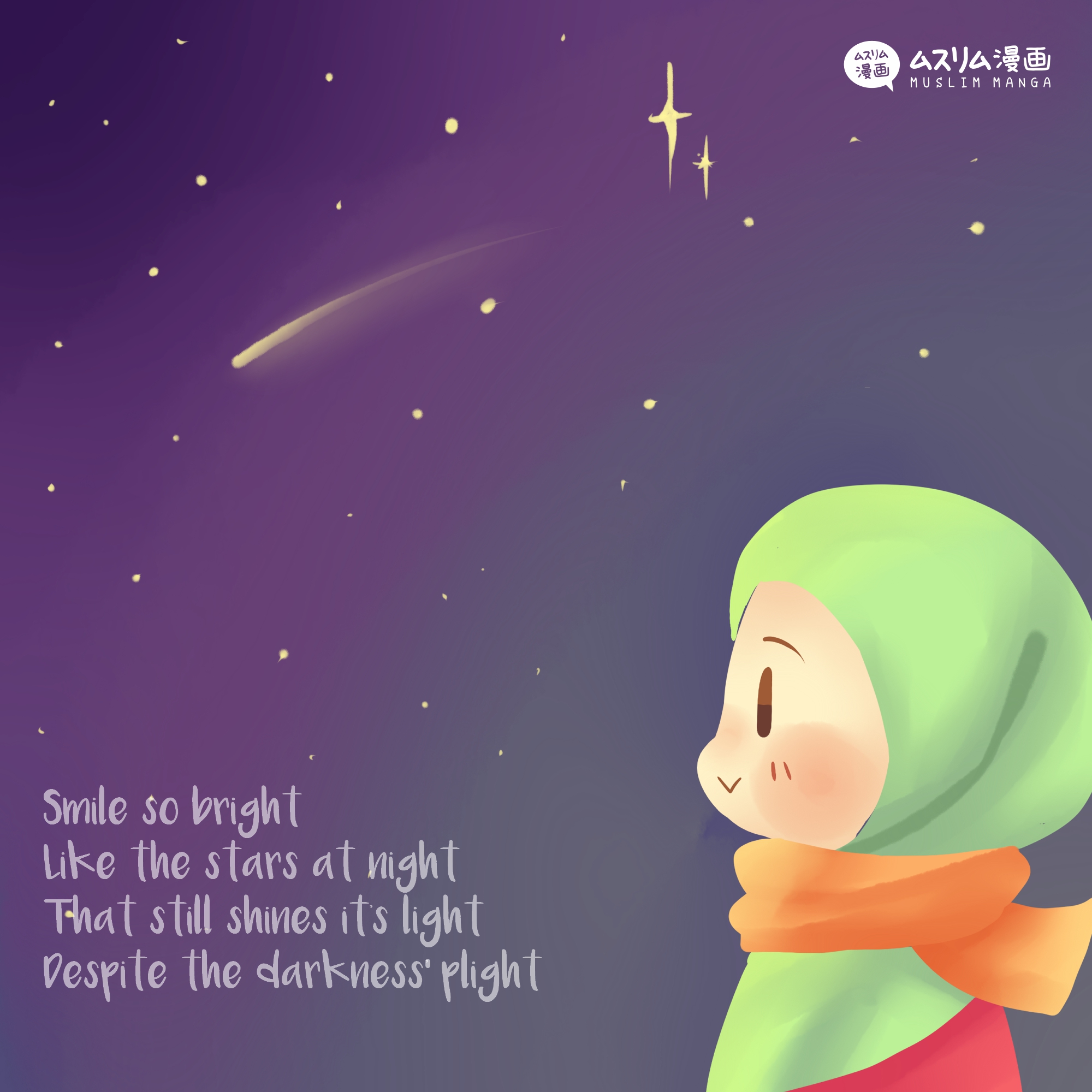 Check out more at the Muslim Manga Art Category!

WaSalam is a Comic series, that can be relatable and/or silly. Aya, Sura and the gang share their funnier moments with puns, jokes, and goofy faces. In addition to that, they also share important messages with their friends and you. Like “Aya Reminder”. “WaSalam” is a pun using “Wa” and “Salam” which mean peace in Japanese and Arabic respectively. Additionally, it is the respond to “Salam” as a greeting in Arabic.